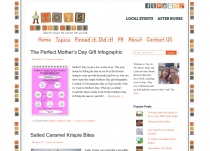 Our Adventures at The Ice Castles MN

I first let you know about the Minnesota Ice Castles back in January. If you haven't gone to see them yet, you better hurry! They're only open for about another week and a half. They close March 7th. Thanks to US Family Guide, my family finally got a chance to visit them two days ago and we were not disappointed!

One advantage to going so late in the year (and during the week) is that there wasn't a crowd at all. We got right in. I still say you need to check out the tips from MinneMamaAdventures and TwinCitiesFrugalMom. Both went earlier in the season but a lot of their tips still hold true. The girls LOVED the Ice Castles. So did Hubby and I. To be honest, Hubby thought they were going to be a bit boring because "they aren't real castles made with blocks, they are just a bunch of icicles." He admitted that he was wrong and that the "architecture was pretty cool." He's the one that took all the video below. I didn't ask him to take it, he just thought it was cool enough to video. For the girls there were plenty of tunnels, caves, nooks, crannies, cool icicles, an ice slide, a light show, glass globes with things in them, an ice throne, and even Olaf from Frozen. I had a ton of fun watching them have fun! My only regret is that we didn't make it there earlier in the evening. It would have been nice to see the ice in brighter light. We got there just after the sun went down and it got dark fast. The lights were awesome but we didn't get the full glory of the ice itself. Plus, it was so hard to take pictures! Helpful hint, set your camera to night/low light mode before you go in! One thing I was surprised about was the large opening in the middle. I thought it was going to be one large structure. Instead, it was a bunch of smaller ones in a circle. I guess on the weekends they have shows in the middle.

I have so many more cool photos I could upload to this post but that would make it too long. You can see the rest on my Facebook Page if you want.

For more information such as hours of operation and ticket info, visit my previous post.

Don't forget, you can see the Ice Castles in Utah, Vermont, and New Hampshire too! Visit IceCastles.com for more information on those locations.