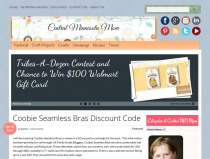 On Sunday, we made it to the Ice Castle in Eden Prairie.  As we approached the attraction, there were separate lines for purchasing tickets at the booth, picking up pre-purchased tickets, and then the third line leading up to the Ice Castle ticket taker and entrance.   A gentleman was asking if we had tickets already or needed to purchase at the entrance of the lines and then directing us into which line we needed to go into to try and streamline things.  As we approached the entrance, we were greeted by a ticket taker who asked if we wanted our hands stamped so we could leave and come back later for the 5:30 p.m. light show. It was a decent day with sunshine and was in the 30's.  The ground was a bit mucky on the paths in front of the Ice Castle from a little melting and heavy traffic.  We arrived about a half hour before and went in around 4:30 p.m.  I had been observing the crowd pick up as the day went on.  It only took a few minutes to travel through the line and then go into the castle. It was a bit slick at the entrance, but then the rest of the base was covered with a finely crushed ice that was easy to walk on.  The icicles that have been grown and harvested by hand plus knowing this structure was built from the ground up is awe-inspiring. There was quite a crowd there too. A running water display was built into the ice wall.  There is also a maze and ice slide. Olaf was on hand for a fun picture opportunity. Anna and Elsa were also handy for photos from 2-6 p.m. the day we arrived. My feet were getting quite cold an hour later when the light show began.  We could see some of the lights starting to illuminate before that time.  There were lots of blues and purples with a few other colors and a strobe light making random appearances through the ice. Here is the same image with patrons to give you an idea of the Ice Castle wall height. The exit tunnel even provided many a unique photo backdrop. My recommendations for visiting the Ice Castle:

Eden Prairie’s Ice Castle is being built at the city’s Miller Park, located at 8208 Eden Prairie Road, and is expected to be open to the public through March 7, 2015, weather permitting.  The Ice Castle will be open from 2-9 p.m. Sunday through Thursday, 2-10 p.m. on Fridays, and noon-10 p.m. on Saturdays. For ages four to 11, tickets are $7.95 Monday through Thursday and $9.95 Friday through Sunday.  General admission tickets are $9.95 Monday through Thursday and $11.95 Friday through Sunday.  Senior, military and group discounts are available. Tickets can be purchased on site or at www.icecastles.com/buy-tickets/. See beautiful photos and videos or learn more at http://icecastles.com/ep/, https://www.facebook.com/TheIceCastles or http://instagram.com/icecastles.  The website also has special events listed, like the ice princess visiting and fire performances.

Disclosure:  I received tickets to visit the Ice Castle.  The thoughts and feelings expressed are my own.  No other compensation was received for this post.